As far back as my memory stretches, I have struggled with respecting my femaleness. It has taken me these forty plus years to change my perspective. A few months ago I made the comment to my psychologist, "It's not like I am a feminist or anything..."

She let out a surprised laugh and said, "Oh, but Melanie, yes you are! You are a feminist."

Her honest reaction to my assertion tormented me over the following weeks. I don't remember the rest of the conversation or even what we were discussing at the time. I only remember grappling with the label. In the world from which I had emerged, "feminist" was a dirty word pulled from the same taboo vocabulary bucket as: immoral, rebel, liberal, lost, man-hater, godless, and homosexual. In that world, one could never be feminist and good simutaneously.

It was distressing to arrive at this juncture in my life. I began sorting through my choices - was it more important for me to be labeled "good" or "feminist"? I actually believed my acceptance of one meant the automatic rejection of the other and I did not want to let go of either.

I began studying it out in my mind - and in prayer - pulling it apart piece by piece, talking it through like any other problem. Eventually I determined I lacked an intellectual definition of the word feminist - I had only my conception. Google directed me to Wikipedia which immedietly redirected me to feminism where I read:

"Feminism is a collection of movements and ideologies aimed at defining, establishing, and defending equal political, economic, cultural, and social rights for women. This includes seeking to establish equal opportunities for women in education and employment. A feminist advocates or supports the rights and equality of women." - Wikipedia

I stopped there, read it again, then once more. I asked myself what, if anything, I found bad about the word and wondered why I had never come across the definition before. It suddenly occured to me that, up to that point in my life, I had shunned feminism with the same moral fervency as pornography. No exaggeration.

I read the definition repeatedly, each time feeling a weight being lifted from my mind. I realized Gretchen was correct. I am most definitely a feminist and more importantly - I am good. It shocks me that it has taken me more than forty years to arrive at this point. On the otherhand, I forgive myself. It is not as if my journey to this point has been easy.

My formative years were spent enduring abuse that ultimately distorted my perception of the female gender. I had been taught directly, and indirectly, that being a girl was unacceptable. I fully believed I had been born lesser - weaker - bad.

As a young girl I watched my mentally ill step-father torture the animals on our farm. One day, while I was attempting to nurse a sickly kitten back to health, he walked over to see what I was doing. I showed him the tiny, helpless kitten and explained I was trying to save it. He asked to see the kitten, dropped it down in front of me, then ground its head with the heel of his boot until its brains oozed out its eyes, ears and mouth. Horrified, I cried and begged for him to stop but he smiled, then sternly commanded me to shut-up or I would be next. From that point forward, whenever he caught me loving some tiny creature, he would make a point to kill it. I later figured out the bloodstains on our property belonged to our missing dogs and perhaps the missing neighborhood dogs who strayed too far from their own yards.

Then there was the time I watched as he incinerated a rat that had been, ironically, caught in a Havahart trap. He used his blowtorch to burn one side of the rat then the other as it ran back and forth in the cage desperately trying to escape its unavoidable death. Afterwards, my step-father announced the rat had "loved every minute of it". This was his mantra whenever he hurt, tortured, or killed something - including me. The more frightened the animal became the more he claimed it had enjoyed the experience. Heaven help anyone who attempted to interfere.

In his welding shop my step-father had mounted a steel chin-up bar. It was particularly high, high enough he had to jump to reach it himself. He would lift me up to the bar then tell me to pull myself up. I would obey wanting to prove I was strong - and I was strong for my age - but after seven or eight pull-ups my musles would fatigue and I would announce I was done. My step-father would command me to keep going. I would hang from the bar begging him to please let me down. I was only five or six and Danny had told me my legs would break if I fell from the bar but he wouldn’t take me down. He would insist I hang there and watch me cry while he screamed at me that I was a weak and worthless girl. Sometimes he would walk away leaving me stranded with my own fear which was better than when he would, hit me, or light his blowtorch and walk around me, threatening to burn me if I let go. I felt like the rat in the Havahart trap. I could feel the heat of the flame near my skin. The sensation helped me momentarily forget the burning of my own muscles as my arms slowly stretched from their sockets.

I remember developing tactics - hanging by one arm to rest the other; changing the direction of my grip to relieve muscle strain and to find a spot on the bar not already drenched with sweat; imagining I was Stretch Armstrong with my hands permanently wrapped around the bar, willing myself to stretch to the floor to safety; silently summoning my imaginary black stallion, visualizing him racing to my rescue to carry me far and away into an unknown land.

Danny found my suffering to be great entertainment, smiling and laughing one moment but then furiously screaming at me the next. Then - just as my hands would involuntarily slip from the bar - he would catch me.

Now that I am older I realize my legs wouldn't have broken had I fallen, but Danny made me believe they would. I realize he never let me fall because he didn't want me to discover the truth. He knew how to control my fear and I was too little to understand what he was doing. It wasn’t my bones he was trying to break. It was my spirit.

When it was over, I would collapse in a crumpled heap on the dusty, cement floor - sobbing, exhausted, defeated. Danny would continue screaming at me, calling me a crybaby, telling me I was a worthless girl, weak and no good, that I did not deserve to exist, and that a boy wouldn't cry. Sometimes he’d kick me with his steel-toed boots threatening that if I didn’t stop crying he would "give me something to really cry about". I would run away to hide alone with my self-hatred, wishing to be a boy - believing beyond doubt that girls were bad.

I worked hard as a young girl to be more like a boy. In second grade I made my mother cut my long hair off. I told her I would only answer to the name, Johnny. I refused to wear the dresses she made me. I fought hard and played hard. When Danny told me to stop throwing a ball like a girl or he would break both my arms, I obeyed. I learned to always obey.

That was a long time ago - four decades can change a person. I don't want to be a boy anymore. I don't want to be a man. I am happy to be a woman. I still have hope that #NotAllMen are hunters. I am, however, a feminist and I believe all women, #YesAllWomen , deserve to walk freely without fear amongst the men they birthed into this world. I want it understood that women have suffered silently too long and now, what men and women must do is #MakeWomenBelieve they are safe, they are honored, and they are good.

Now that I have accepted the fact I am feminist I intend to be a very good one.

Even though it was the single most important event of my life, I have no memory of it so I am forced to rely upon the memories of others. 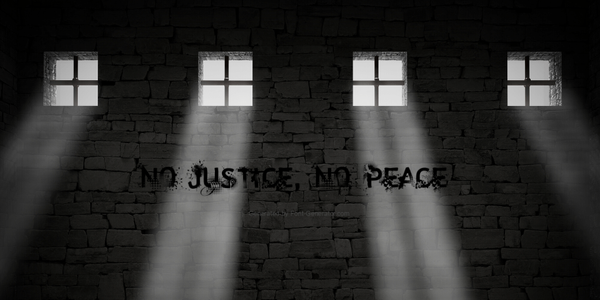 It was there, in my prison cell, reading his words, that I came to understand one of the most horrifying yet fundamental truths of America: however mistreated or underprivileged, whatever injustice I encountered, it was nothing against the backdrop of the Black American experience.