I wrote the following analysis from my prison cell sometime in 2007 as part of an assignment for a distance learning college class I was taking. It was the first time I had read anything by Martin Luther King, Jr. and it shook me for so many reasons.

I had grown up in New Hampshire, the state that was last to adopt Martin Luther King, Jr. Day (2000), only getting there after first declaring it Civil Rights Day (1999). Apparently, being forced to say his name was simply too much to ask in a state where the Black/African American population is a whopping 1.1%.

My first remembered encounter with Martin Luther King, Jr., was sitting in a cell reading his profoundly moving plea for justice as delivered in "Letter from Birmingham Jail". I remember crying then clinging to every word, as if my next breath depended upon it. His message resonated through my white soul, because - not all injustice is clothed in black or colored skin.

It was there, in my prison cell, reading his words, that I came to understand one of the most horrifying yet fundamental truths of America: however mistreated or underprivileged, whatever injustice I encountered, it was nothing against the backdrop of the Black American experience. In every argument I have made for justice since that time, in any conversation where someone points out how little resources I possessed or injustice I experienced, I say: but if this is how it is/was for me, it's nothing when compared to the experience of the Black American Woman.

That is all. I can share my experiences and my words but what matters most is: my actions, your actions, our collective actions, against injustice everywhere.

I share this writing only because I have said very little since the death of George Floyd but I want to be certain my relative silence is not misinterpreted as apathy. My heart still beats to the rhythm of "no justice, no peace."

Analysis of “Letter from Birmingham Jail”

In his “Letter from Birmingham Jail,” Martin Luther King, Jr. attempts to answer the criticism of white religious leaders who felt his leading of a peaceful protest against segregation in the Birmingham area was “unwise and untimely.” Through ingenious and compelling use of ethos, logos, and pathos, King strives to convince his audience of the wisdom and urgency of nonviolent direct action as a means to facilitate negotiation and eradicate segregation. Although the presence of every appeal is strongly represented throughout his writing, only his compelling use of character and logic will be examined in this analysis. It was through effective use of character that King was able to overcome prejudice, earn the respect of his audience, and set the stage for negotiation based in sound logic rather than in irrationality.

Evidence of King’s character is expressed in nearly every part of his writing. By the end of the reading, one comes to know him implicitly as a man of reason, intelligence, patience, and discipline, as well as a humanist who is willing to sacrifice personal comfort for the betterment of society. Throughout his writing he establishes himself as a leader who acts, not by whimsy or fanaticism, but with clear purpose, intent, and integrity. One also gains a sense of his religiosity and deep allegiance to country.

Martin Luther King Jr. begins his letter by establishing respect for his detractors, stating he feels they are “men of genuine good will”, sincere in their criticisms of this actions. He expresses the desire to answer their statements in “patient and reasonable terms” rather than railing against them in contempt or despite. A lesser person might have lashed out, focusing energy upon the injustice of his own incarceration but King’s only reference to his personal plight is in his opening statement, “While confined here in the Birmingham city jail….”

Given King’s character and intellect, it is likely this brief reference was calculated to bring legitimacy to his argument rather than sympathy for his own discomfort. With the fact of his incarceration out of the way, he fully turns his attention and efforts to the plight of his people, never placing himself before them or their cause. Next, he systematically puts forth his qualifications as a leader in the fight against segregation, using it as an opportunity to equalize his position and gain the attention and respect of his audience.

King then gives us a glimpse of his integrity by explaining he had given his word to affiliates that he would support their efforts in the fight against segregation and “when the hour came [he] lived up to [his] promise.”

For King that promise meant his eventual incarceration, but he stood boldly by it despite the consequences, simply because he had given his word and felt it was the right thing to do. He further states he is in Birmingham because “injustice is here” and proclaims he feels “compelled to carry the gospel of freedom beyond [his] own home town.” In the world there are many who witness injustice but few with integrity enough to do something about it. King makes it clear throughout his writing that he will not sit idly while injustice exists. In this way he indirectly challenges his audience to rise to the same level of integrity.

King’s ability to consider opposing viewpoints enables him to more effectively counter critics’ arguments through disciplined reason. His methodology will be addressed further but statements such as, “you may well ask…”, “perhaps it is easy for those who have never felt…”, “one may well ask…”, and “let us consider…” implicitly illustrate his ability to view conflict from opposing sides while continuing to maintain his own beliefs. King’s empathy for humankind is expressed not only as he relates to the accusations of cynics, but as he lays bare the degradation of those who suffer injustice, thus enabling him to anticipate his opponents’ objections while conveying the true nature of his cause.

King gives the reader a solid sense of this educational and religious training by referring to and quoting such thinkers and works as Socrates, Tillich, St. Augustine, Buber, St. Thomas Aquinas, and the Bible. By speaking of political climates in countries such as Asia and Africa he proves his far-reaching scope regarding the issue of segregation and the cause of his people. His extensive vocabulary and systematic thought process demonstrate his high level of intellect, all which appeal to the religiosity and intellect of the audience he is addressing. In doing so, King essentially levels the playing field to break ground for negotiation.

King’s devotion to God and country are also manifest throughout his writing. He speaks intently of “moral law” or “God’s law” versus man-made or human law, believing God’s law to be the highest of all. He also refers to Biblical prophets, apostles and even Jesus Christ to justify his fight against segregation. Phrases such as “God-given rights,” moral responsibility,” “eternal law,” and “disinherited children of God” give the reader an additional sense of his deep-rooted faith and spirituality. King’s patriotism and love of country are also evidence in references to “basic constitutional rights,” “the American dream,” “democracy,” and in this heartfelt plea that our nation be brought back to “those great wells of democracy which were dug deep by the founding fathers in their formulation of the Constitution and the Declaration of Independence….” In this manner, he flips the accusation of insurrection back upon his opponents while revealing his true patriotism.

Through methodical reasoning Martin Luther King, Jr. is able to convince the reader that direct nonviolent action is justifiable and segregation morally wrong, socially unethical, and politically unsound. In order to develop his argument, he uses a question and answer format, systematically raising questions of potential concern to his audience then answering these questions through developed loci and thought. For example, King writes “One may well ask: ‘How can you advocate breaking some laws and obeying others?” He then gives the answer, “…there are two types of laws; just and unjust,” and defines the two, emphatically stating he advocates obeying just laws but feels morally obligated to disobey unjust laws. After clearly explaining these differences he goes on to ask, “How does one determine whether a law is just or unjust?” His well-developed answer leads the reader back to King’s ultimate point which is the fact that segregation ordinances are unjust and should rightfully be disobeyed.

King also uses analogy to put forth some of his strongest rebuttal. Throughout his writing one notices such analogous phrases as “just as the Apostle Paul left his village of Tarsus,” “just as Socrates felt”, “like a boil that can never be cured” but his most compelling analogy combines his question and answer technique with an irrefutable comparison to the crisis at hand. Accused by his audience of precipitating violence by peaceful, nonviolent action King asks, “…is this a logical assertion?” He then goes on to draw bold comparisons between nonviolent action and resulting violence against his people by delivering the following series of questions:

Each example reflects back upon unquestionable logic and historical errors of the past then calls upon similar reasoning in the conflict of segregation. These comparisons, appropriate and meaningful to his audience, illustrate the following similarities:

Ultimately, King uses this type of methodical question and answer format mixed with analogy to engage and educate his audience thus bringing them to an understanding of his philosophical approach to the problem of segregation. He effectively answers criticisms of being “unwise and untimely” and uses the opportunity to further the cause of his people. Whether or not the reader agrees with King’s arguments they, through sincere consideration of his presentation, must at least respect him as a man of exceptional character, accomplishment, intelligence, and integrity – a person worth of being heard and considered seriously. 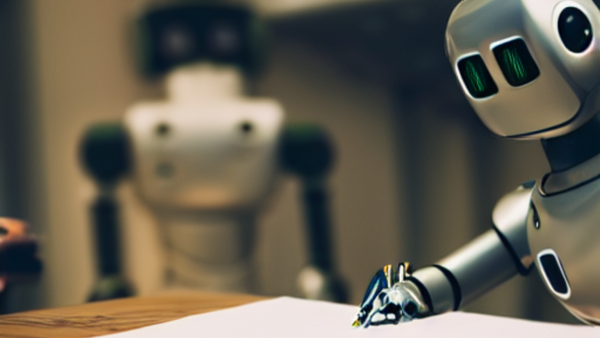