One of my favorite things to do on Saturday morning is to go to the dump. It sounds silly but there is a lot going on at our local landfill. This week it was Bald Eagles and Osprey. I kid you not.

When we pulled in to get our ticket punched, Ed was standing off to the side with binoculars, scoping something in the trees just beyond the main dumping area. When he came to the car window I asked him what was happening and he handed over the binocs so we could check it out.

It was incredible to watch these magnificent creatures flying in and out, going about their business - it was more like the Audobon than the dump. I jumped out of the car for a better view. Ed explained how the bird group had been visiting often lately and described their behaviors. A bit of a line was forming behind us so we had to give back the binoculars and move forward. I looked back expecting to see an annoyed line of people waiting to get through the line but noticed instead, people with their necks craned and cameras out trying to catch a glimpse of our national bird.

We pulled forward and I attempted to get some shots off at the birds but I am a terrible photographer. I get too caught up in the moment and either forget to take a picture or am jumping around so much that I end up with blurred memories instead of the National Geographic view I imagined in my mind. Nonetheless, I have a few shots to help me remember the moment. 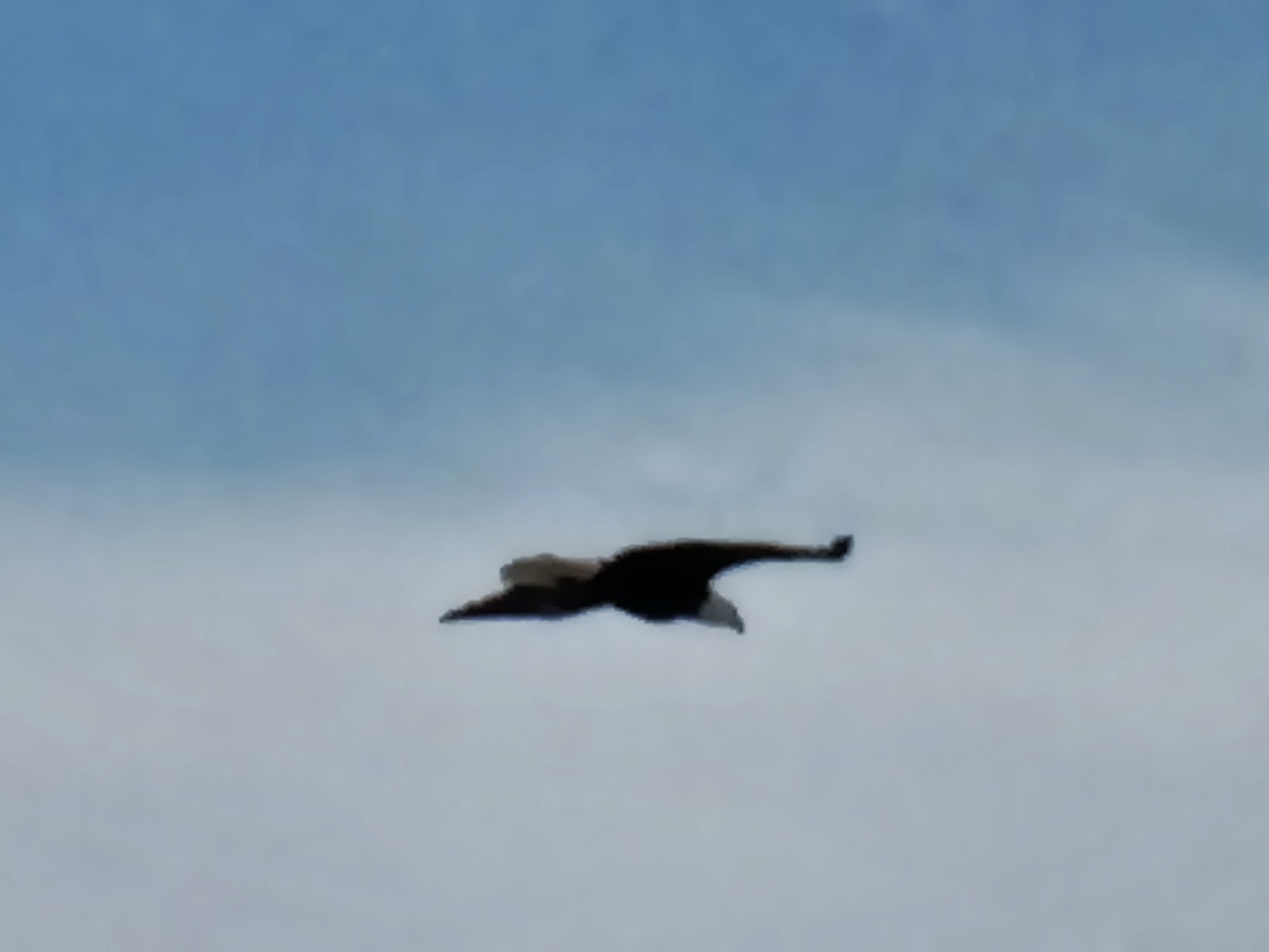 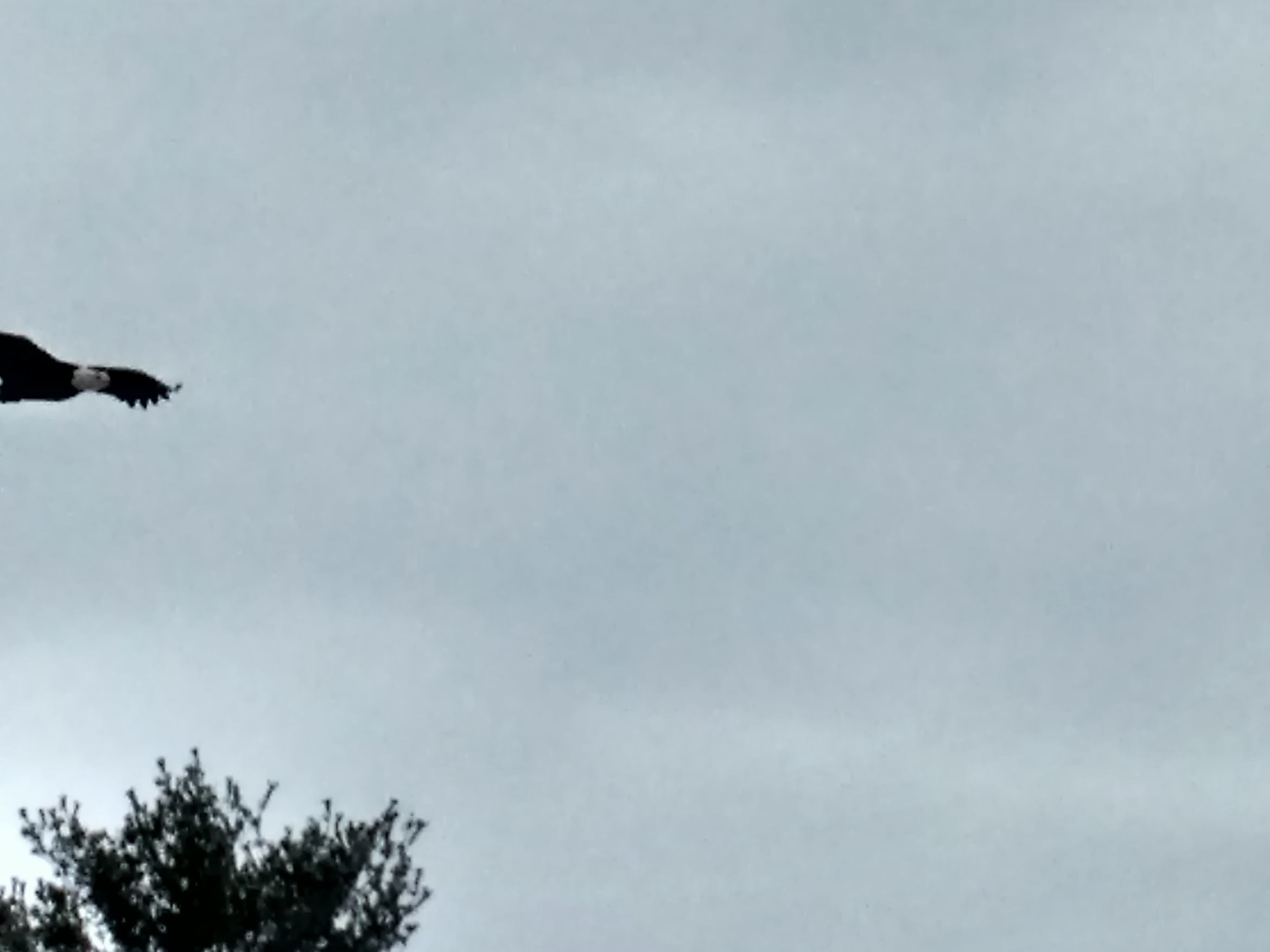 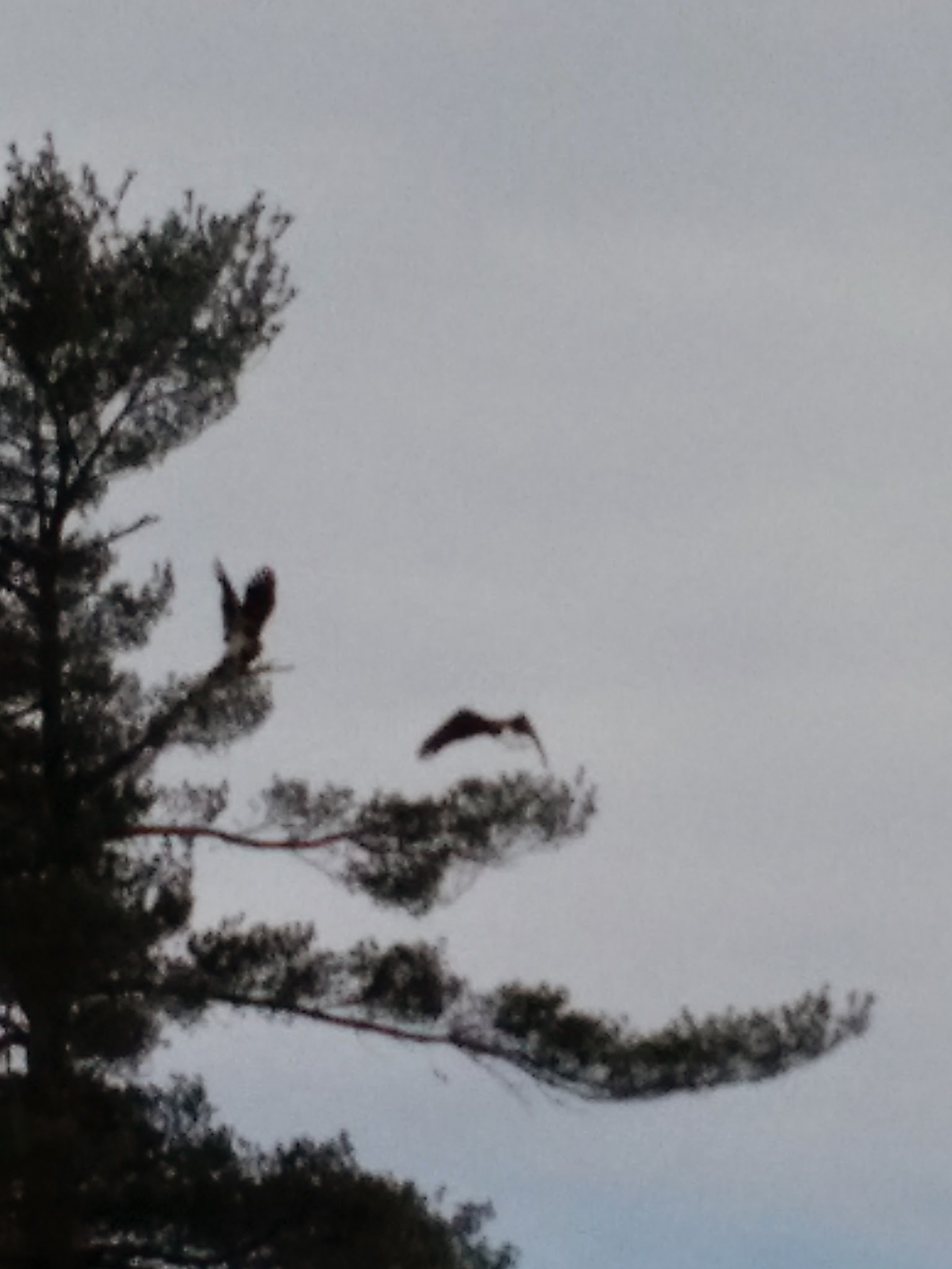 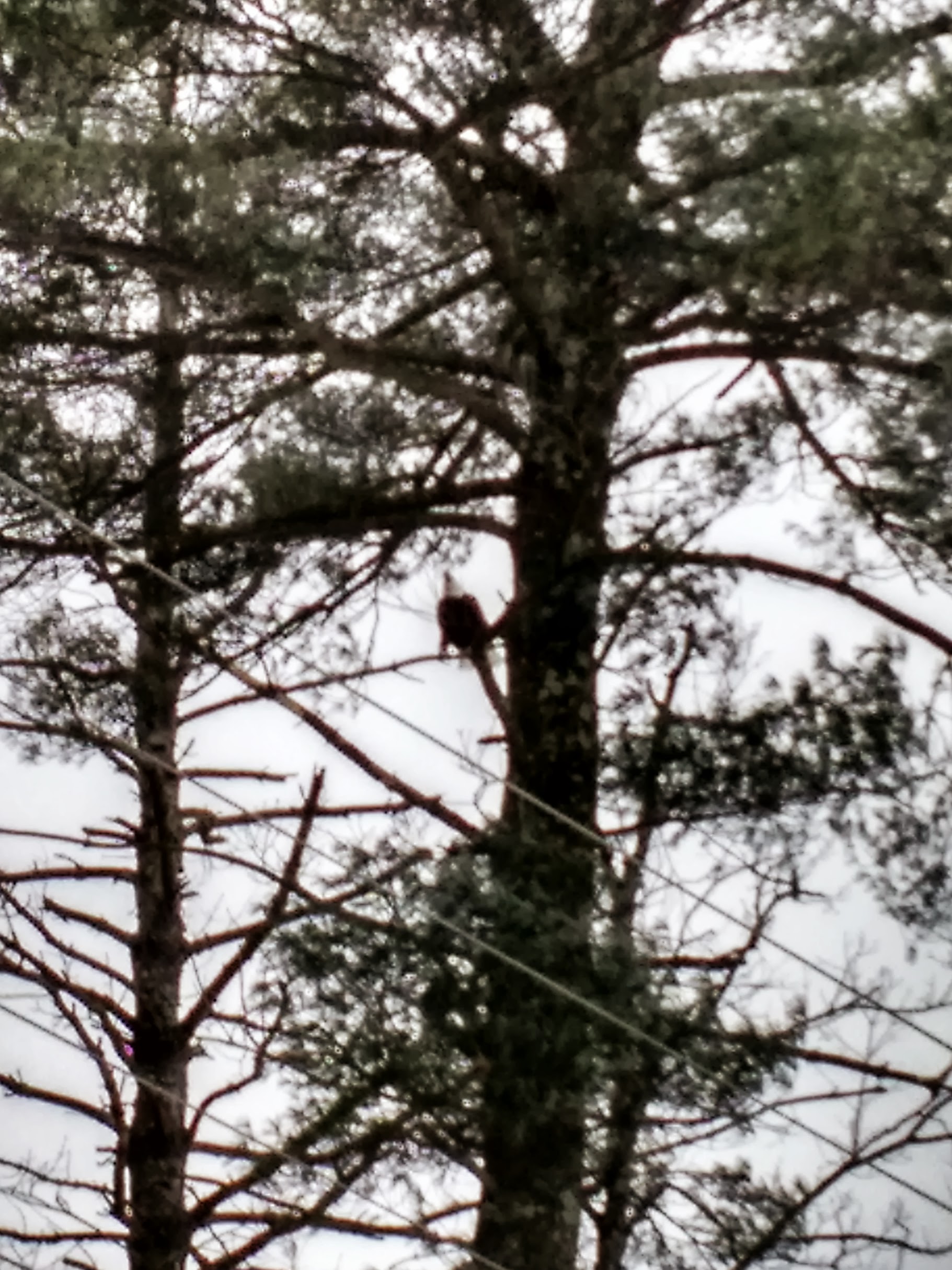 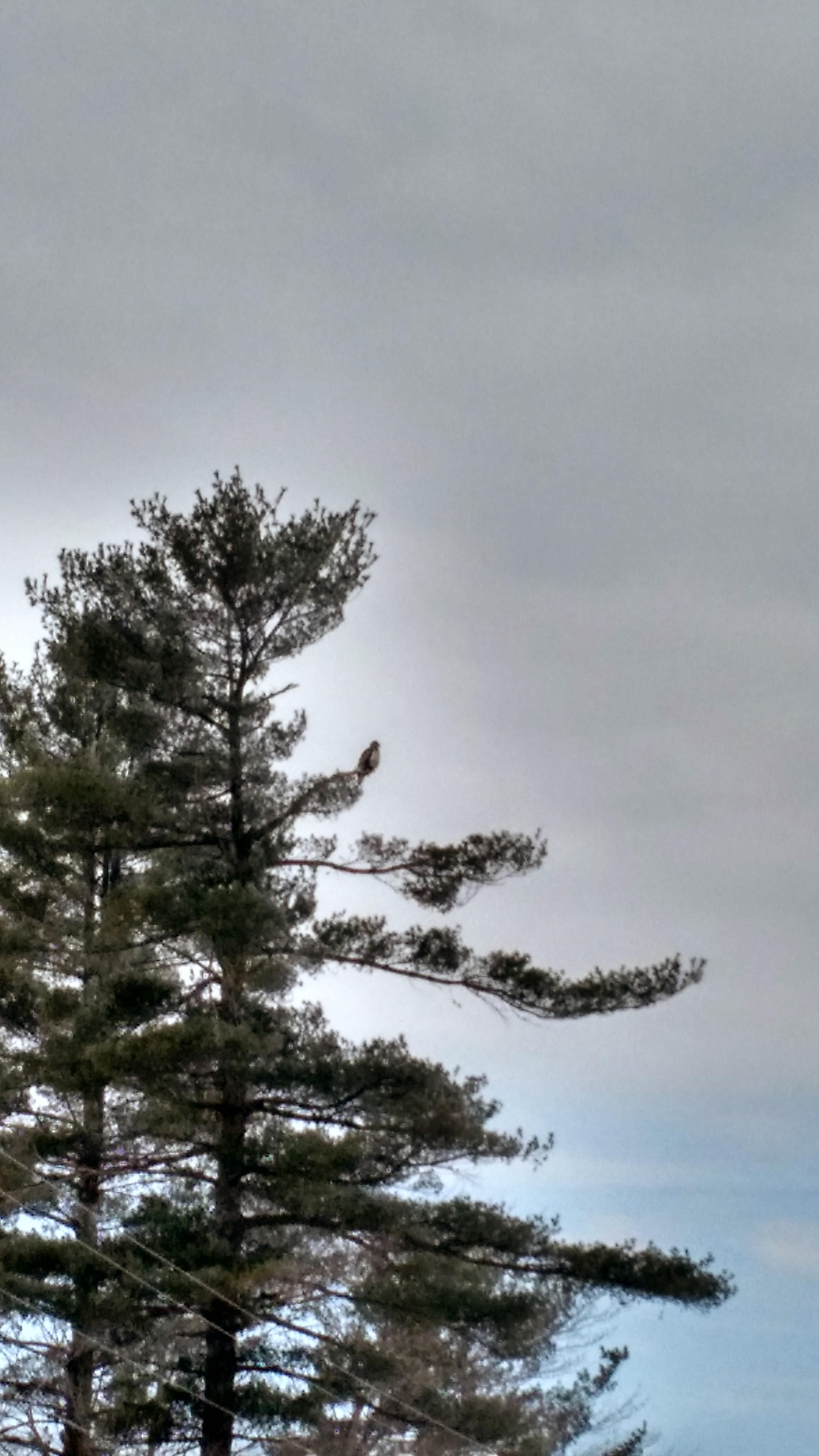 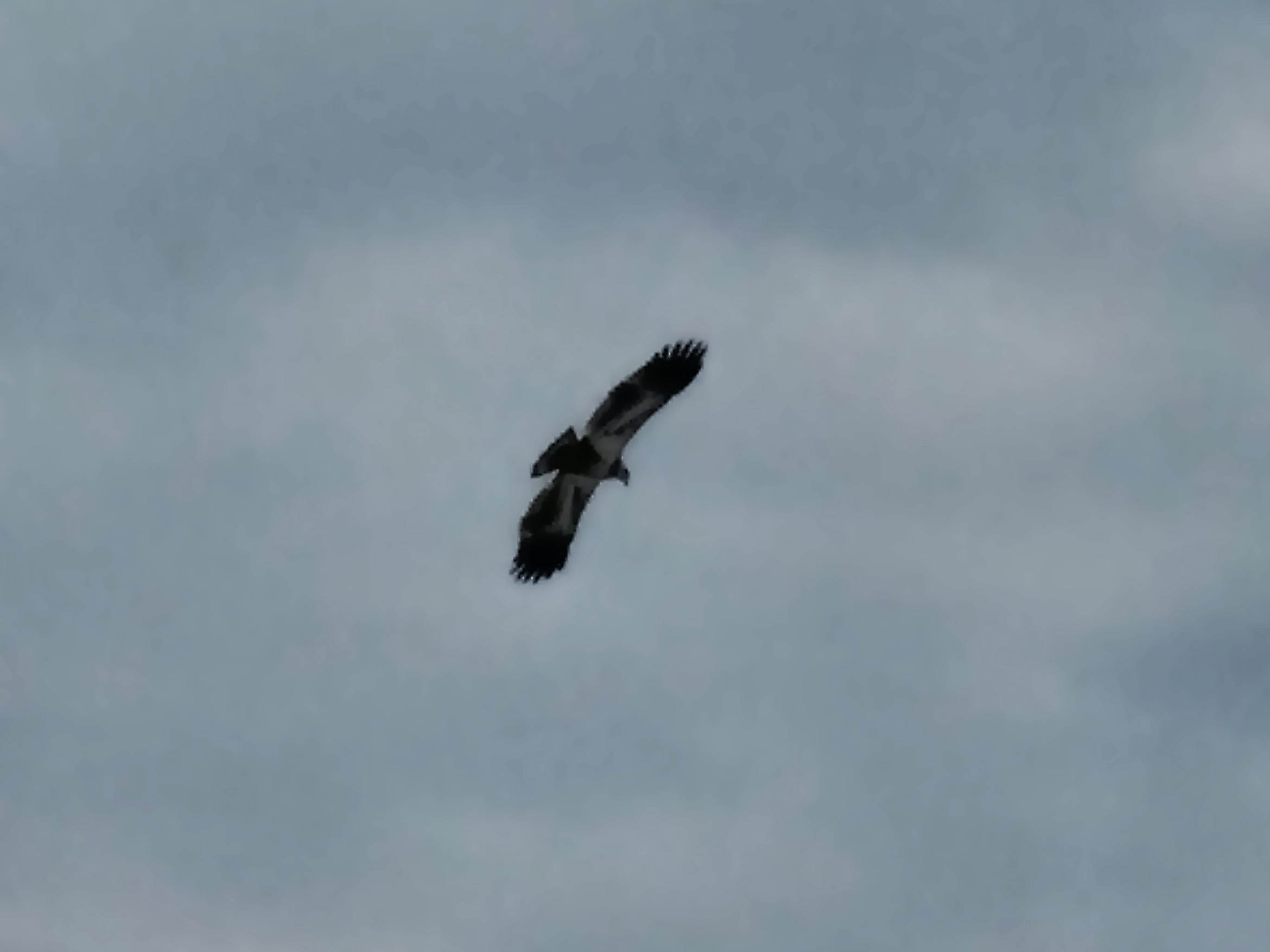 Thank heavens Benjamin Franklin didn't get his pick for national bird. I've raised turkeys and, trust me, they do not elicit the awe-inspiring feeling of grandeur, power, and patriotism one feels when watching a bald eagle take flight.